The Purpose of Marriage 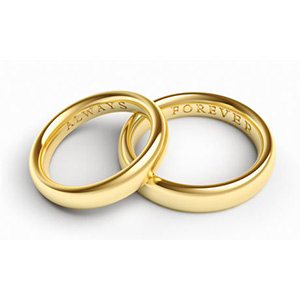 Some people appear to have the misconception that marriage is for the purpose of procreation and the raising of children exclusively. If that were the case then infertile couples would not be allowed to get married.

The Supreme Court has addressed these issues and has very clearly said that the government has zero business defining marriage in that manner. Marriage is a free association choice between two people which the government may not interfere with. It is for whatever purpose those two people choose. Certainly two gay men or two gay women who marry cannot have children with each other. Yet the Supreme Court clearly declared that they can marry.

The Policy Center is about educating the public, legislators, attorneys, and judges on the United States Constitution as it applies to the parent-child relationship. It is not about pushing a moral or religious agenda. The only moral agenda here is a profound belief in individual freedom and a profound belief in the United States Constitution as the best instrument ever created by man for the preservation and enhancement of individual freedom.

We all have moral and religious opinions of what marriage should be. Many people have fears that other people may enter into a marital agreement that infringes their own beliefs. Yes, this may happen. This is the price of freedom. You can only be free if you respect the freedom of others.

Our founding fathers respected individual religious belief so strongly that they prohibited the government from infringing it. Our founding fathers also recognized the innate human desire to compel others to share our beliefs and they prohibited the government from participating in such compulsion. The government cannot impose a religious based idea of marriage upon the people. All it can do is to accept the free association choices of the people and to recognize those choices officially or not recognize them. It absolutely cannot discriminate based on those choices.

Likewise, the right to be a parent is an individual right. It does not and cannot depend upon marriage to the other parent no matter what anybody’s religious beliefs may be to the contrary. The government cannot entertain those religious beliefs nor can it discriminate based on them.

Supreme Court precedent demonstrates many instances where the court has said where anyone has the constitutional right to choose to do one thing, they must also have the constitutional right to choose not to do that thing. This applies to marriage and divorce. Supreme Court justices have said that people have a free association right to dissolve the marital association. It is fundamentally against our federal public policy to force any two people to remain in any kind of association.

Whether marriage is a contract or not is an issue for another day. However, what is certain is that no court in this country can enforce a contract that violates public policy. Even if a state were to pass a law forcing two people to remain married, that law would violate public policy and be void.