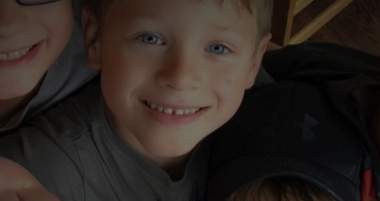 Texas lawmakers are considering a gender identity bill that would protect parents who do or do not want their children to identify as a gender other than the one they were born with. Both parents beliefs are protected and cannot be punished.

For parents like Jeffrey Younger who has refused to affirm his son’s gender reassignment, Texas may soon remove the threat of losing child custody for this viewpoint. Younger has been at risk of losing custody and was accused of “abusive behavior” for not agreeing with the mother to refer to their son as a girl. According to the Federalist, the mother has also sought restraining orders against this father. This law doesn’t address restraining orders.

This law, if passed, would not help this father’s case since the proposed bill states that a suit filed before this law is made into effect will continue to be governed by the former law and that the former law would continue in effect for that purpose. But it would protect parents who find themselves fighting over a gender identity crisis in the future if the bill passes.

Texas House of Representatives Juvenile Justice & Family Issues Committee lead by Rep. Dutton is holding a public hearing tomorrow, Wednesday April 3, 2019 in Room E2.012 on a gender identity bill aimed at making sure that parents do not lose their children when the other parent or even experts claim the child has gender dysphoria.*

The father has reportedly been legally prohibited from talking to his son about gender and sexuality from both scientific and religious perspectives, and from seeking to dress his son in boys’ clothes. Instead, he is required to offer both girls’ and boys’ clothing, although he claims that his son consistently refuses to wear dresses. And according to a report by The Federalist, the mother “is also seeking to require him to pay for the child’s visits to a transgender-affirming therapist and transgender medical alterations, which may include hormonal sterilization starting at age eight.”

James was reportedly diagnosed with gender dysphoria by a gender transition therapist that was chosen by his mother, who is a pediatrician. The therapist’s notes reveal that James chose to identify as a girl when in therapy sessions alone with his mother, but as a boy when alone in sessions with his father.

Additionally, for those of you who might not know, this section of the Family Code already contains the right of a parent to administer low-THC cannabis to a child prescribed according to Chapter 169. The Family Code also already also protects parents from having their custody terminated for declining immunizations for the child for reasons of conscience, including a religious belief; and also already protects parents who homeschool their child.

In his own court filings, according to the New American, Younger stated: “Few things are more important to people than the care and rearing of their young. The courts are entertaining government suppression of some of the most fundamental practices and traditions of American families.”

Regardless of where you stand on this issue, this proposed bill complies with the constitution.

*Gender dysphoria is defined by Wikipedia as “the distress a person experiences as a result of the sex and gender they were assigned at birth. In this case, the assigned sex and gender do not match the person’s gender identity, and the person is transgender.”

NOTE: We are sharing parts of this story in relation to the legislation. This does not mean that we endorse the views of the persons stories we include or its reporters.