Already Having an Impact 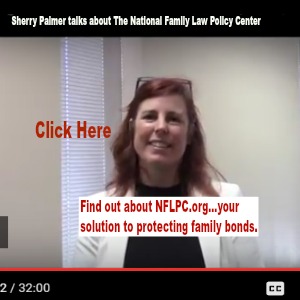 There is an epidemic affecting this country’s families. It’s called the family courts. The National Family Law Policy Center has found a solution and they are already having an impact.

You can find the policies they have already affected here. Sherry wrote this bill through Fix Family Courts. Legislative Council called the Policy Center to work through the policy issues the bill addresses.

Here’s what Sherry had to say to Jeff Morgan in this video interview:

We’ve known that there was going to have to be additional vehicles in order to solve the problems that are occurring in the family courts. We just didn’t know at the time we wrote our book what all of those vehicles would have been. As we have progressed and our materials have evolved, it started revealing what we needed to do.

The Policy Center was the answer. After attending a business networking event where the policy center there and the ACLU previously took no interest in the family law issues affecting divorced and single parents, Ron and Sherry founded NFLPC in January of this year.

If you would like to be a member, you can join for just $1 dollar here. Thank you.